Traveling and volunteering in SE Asia, you will frequently come across street kids.

Every night on Bui Vien street two little boys breathe fire for tips, tiny little girls sell chewing gum as their mothers or older sisters watch from the road urging them to smile and entertain the drunken tourists giving them a peck on the cheek or a high five. They are being trained at a young age to give rich westerners whatever they want so you get paid. Its sickening and heartbreaking to watch.

A couple of evenings ago, I was sitting at a street restaurant drinking a beer and having dinner when a little boy came over begging. I always say no to street sellers and beggars, especially those with young kids, or kids themselves. This kid accepted that right away and then hopped on a scooter to chat! One of the other guys at the table played hakey sack with him and helped him practice his numbers in English. Then he went back to his perch on the scooter for a rest. A woman came out to mover her scooter. The kid jumped off the scooter they were getting out and straight into my lap. An eleven year old boy. I couldn’t help but feel uncomfortable and as if it was completely inappropriate but I also knew this kid trusted me and just wanted some affection. 11 years old can mean many different things in different cultures and social groups, but this was a child, a young child, only concerned with playing games and having fun. He was clearly tired, and homeless. He told me in broken English “no mama, no daddy”. That was all I knew of his circumstance. I have no idea how long he has been on the street, how he survives, who he answers to, what his living conditions are but it was obvious that his childhood innocence was still intact. I asked the lady running the restaurant if she knew him, she said no and then spoke in Vietnamese to him. He quickly hopped up and left, disappeared into the crowd.

I can’t help but feel like I should have done something to help, but I don’t even know where I would begin!

Kids end up on the street for many reasons. They run away from abusive parents/guardians. They migrate from rural areas to get a job and send money home. Some are orphans. Some come to the city looking for a better life and fall through the cracks.

Street kids are some of the most vulnerable people in our societies. They are often taken advantage of by adults, especially adults who offer to take care of them. Many become shoe-shine boys or sell sunglasses, lighters and even drugs. But none of these items yield a high profit and some boys will end up selling themselves, maybe begin to take drugs themselves or drink alcohol. A study released at a conference in Hanoi  said that virtually all street children in HCMC (92.5 percent) have been victims of sexual abuse. The study also found that 98.3 percent of street children in the city have used substances like alcohol, tobacco, marijuana, heroin, meth, adhesive, or even gasoline at least once. As tourists, we see these kids and want to hep but the worst thing you can do is give them money. If they beg and make money, there is no incentive for them to go to school. They will eventually grow up and people are less willing to give older kids/adults money. Parents and “caretakers” will purposely use the youngest, sick or cutest kids to go and beg because people are more inclined to give money to them. The important thing to remember, is that begging is not a behaviour that should be encouraged. If you want to help, eat at restaurants that hire street kids or donate money to rehabilitation centres for trafficked kids.

There are some fantastic organisations here in Saigon, and all over Vietnam who help street kids, give them a home and training. According to The Street Educators’ Club, the number of street children in Vietnam shrunk from 21,000 in 2003 to 8,000 in 2007. However, despite the success, there are still so many kids out there in need of help. This week Vietnam greeted its 90 millionth citizen into the world!

If you would like to donate, volunteer or learn more about street kids in Vietnam here are three great non-profits giving hope to former street kids. With your support, they can continue to do great work and help even more kids in need. 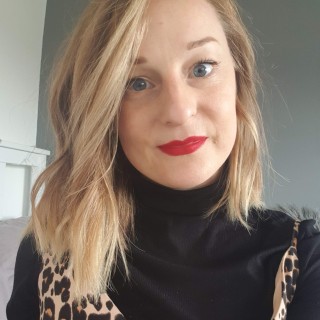